The Designer Breaking Down Gender Binaries at NYFW

With a slew of big names opting out New York Fashion Week's new digital edition this season, the lighter schedule leaves more room for some of the city's emerging (and oftentimes more interesting) designers to shine. One such is MI Leggett, the non-binary designer who is showing at NYFW for the second time with their label Official Rebrand.

Related | Here's Who's Not Showing at NYFW This Season

Leggett, who was part of the group of designers showing for New York Men's Day, opted to present their latest collection through a lookbook and video titled "Collapse/Convulse." The collection is a proclamation against the binary system deeply entrenched in fashion, but also a reaction to the various social and racial injustices plaguing the nation. 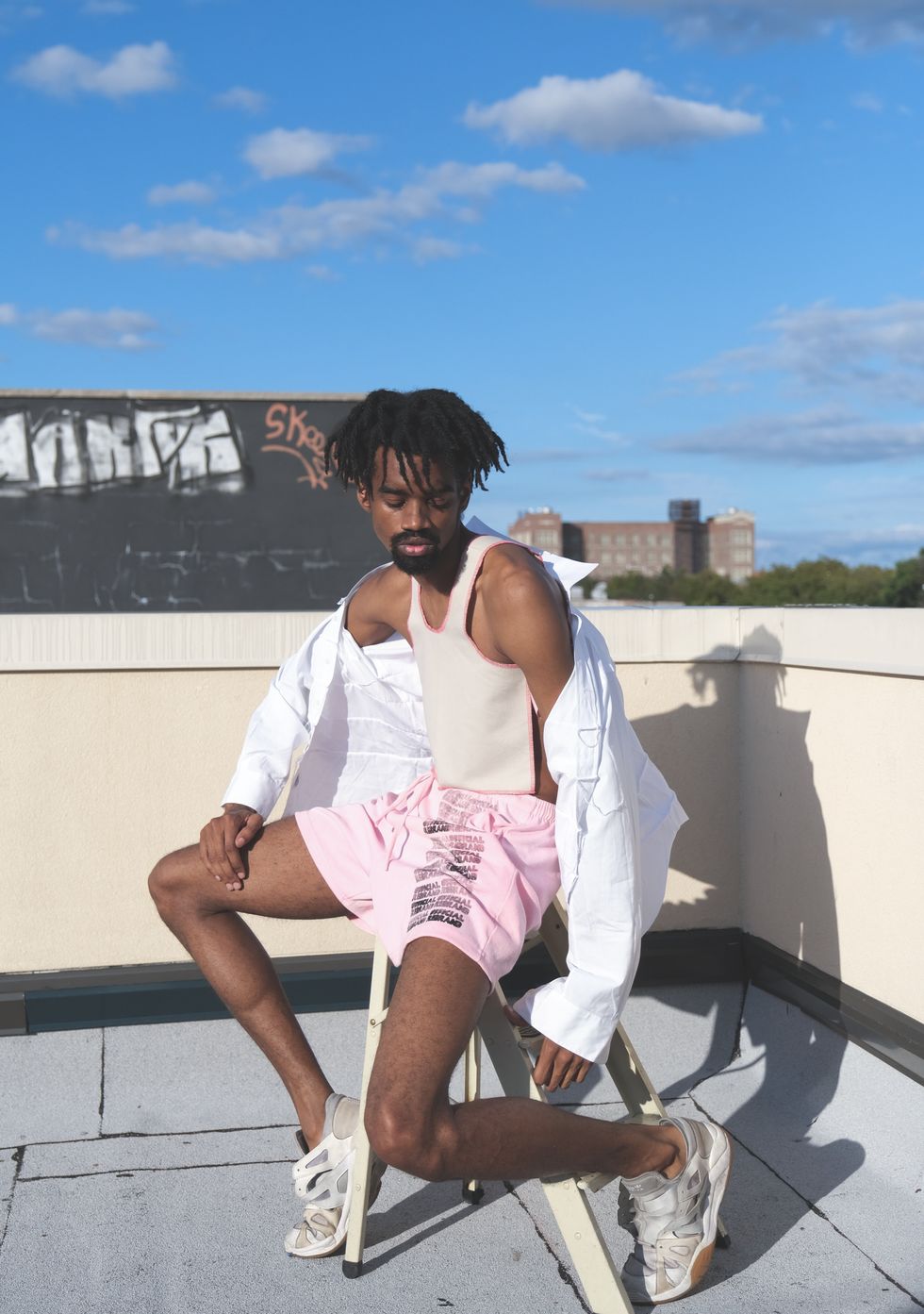 "This season, I focus on anti-waste urgency, and social unrest throughout history and today," Leggett said. "In such unprecedented circumstances exacerbated by rampant racism, transphobia and other prejudices, I continue to ask myself, 'Why does fashion matter?'"

"I continue to ask myself, 'Why does fashion matter?'"

For Leggett, gender-fluid self expression has been the heart and soul of OR?! (as it's spelt) since it first launched in 2017 as a project that centers global societal issues while dressing marginalized groups. Having isolated for the better part of the year, they approached this collection by confronting that ways in which society wants to reduce and homogenize entire demographics. 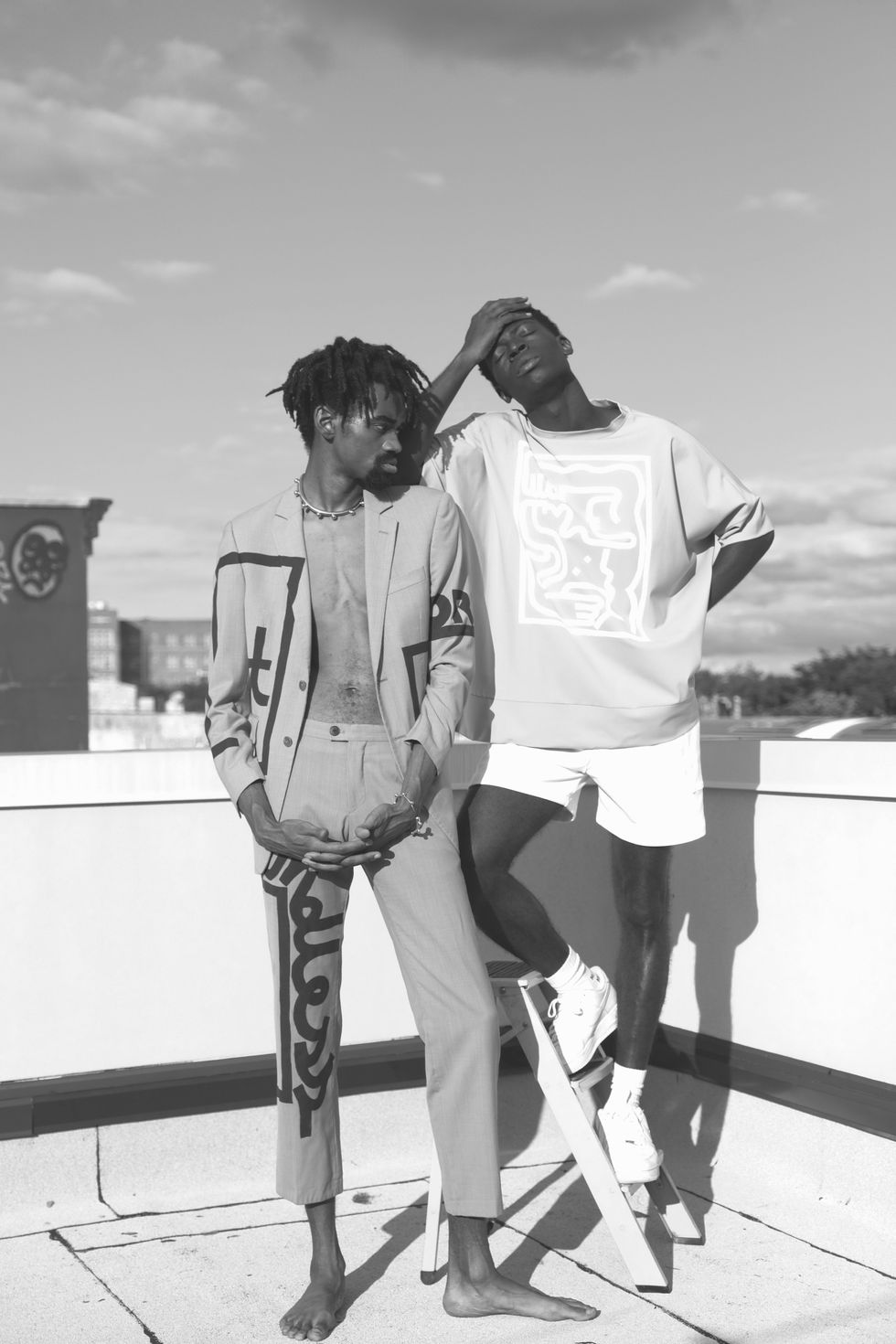 "The collection's inspiration also explores my own reflections on what it means to be a gender variant person existing within an institution that both wants more progressive gender politics and aesthetics, but simultaneously is still structurally and socially grounded in the binary," Leggett adds.

The team shot their lookbook on the rooftop of Leggett's apartment and studio in Queens, New York with models Fabe Robinson and Jameel Khiry, with jewelry by the latter's afrofuturist luxury label Khiry. "Collapse/Convulse" is a statement on how the world has forced people to accept that everything is colliding and collapsing.

"We do not fit the system and the system does not fit the world," Leggett said. "This collection is an attempt to dispel the exhaustion, embrace the convulsion and forge a new space, despite the chaos." 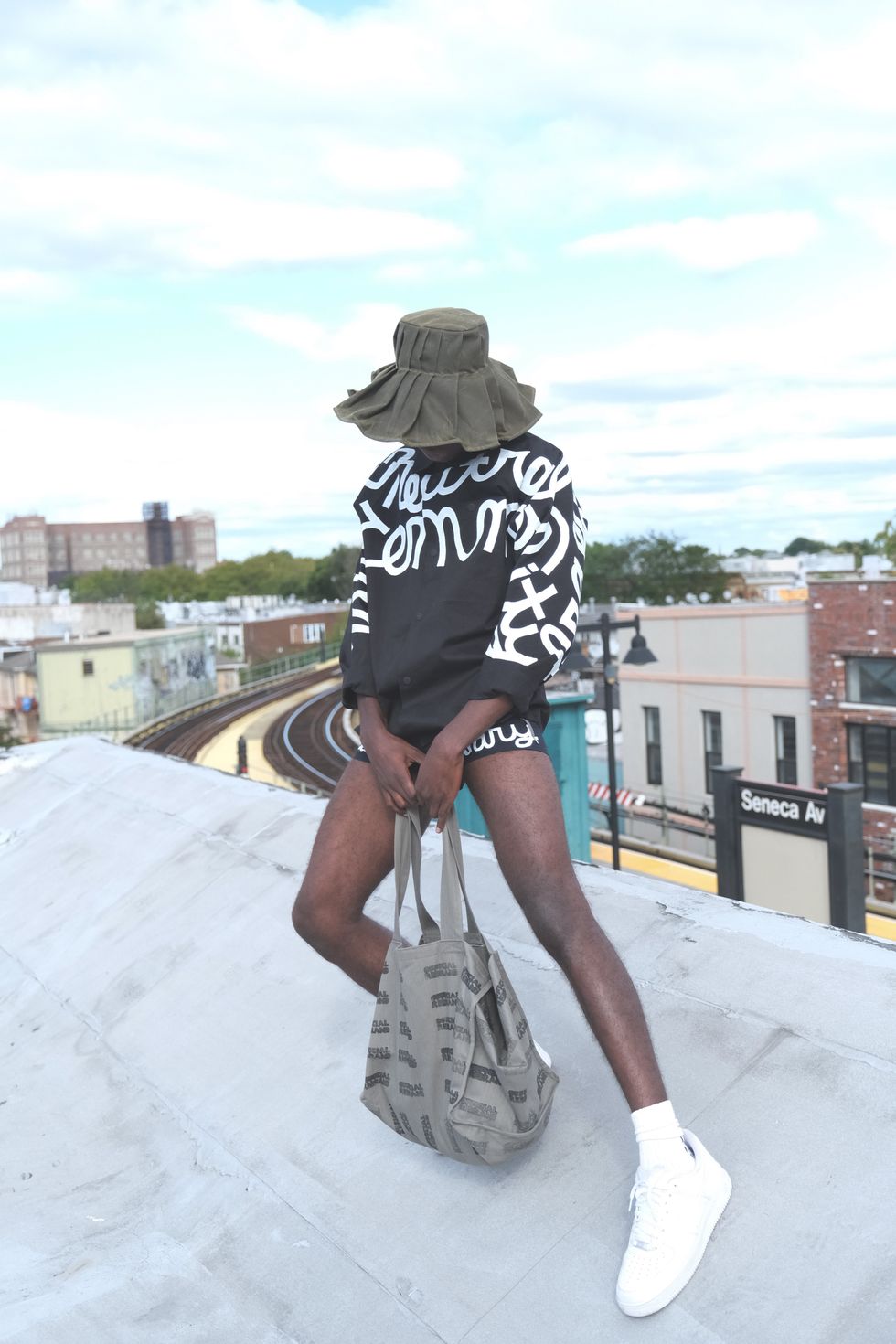