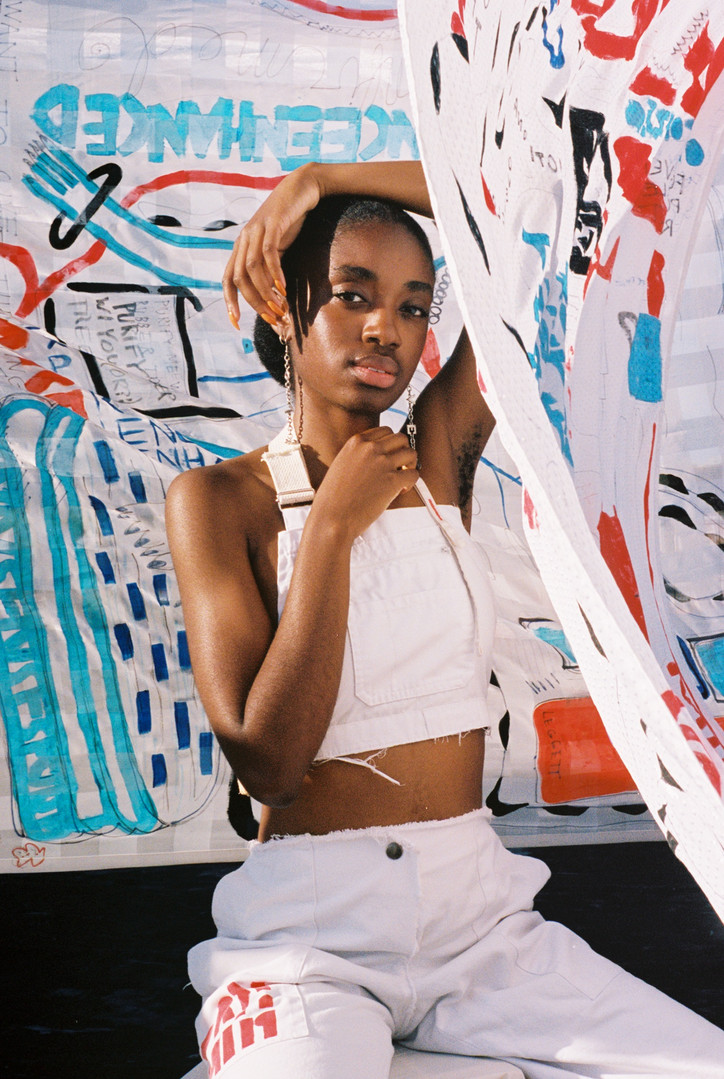 Official Rebrand (OR?!) will release its latest collection, Declaration of Codependence, on American Independence Day during Berlin Fashion Week. The collection, which will launch at STUDIO183, represents the America that Leggett sees and what they still want to see.

Official Rebrand was created by visual artist MI Leggett in 2017. A Teen Vogue interview with Leggett explains that, while in college, they became part of a queer community in Berlin and from then on identified as non-binary. In the name of staying true to themself, Leggett decided to create a clothing line that reflects their identity, which is often overlooked within the fashion industry and retail spaces. Their designs are called “rebrand”, describing the way in which they find discarded garments and recreate them with their own artwork and without the gender binary that is often associated with certain garments.

By nature, and out of necessity, OR?! addresses social issues in the fashion industry and the world. Along with addressing fashion’s narrow view on gender, Leggett’s collections call attention to other problems as well. According to the OR?! site, the brand’s previous collection called Water Project, focused on the fashion industry’s water consumption, particularly the fact that it takes 1,800 gallons of water to make a new pair of jeans. In response, the collection contained rebranded jeans with the statistic painted on each pair. 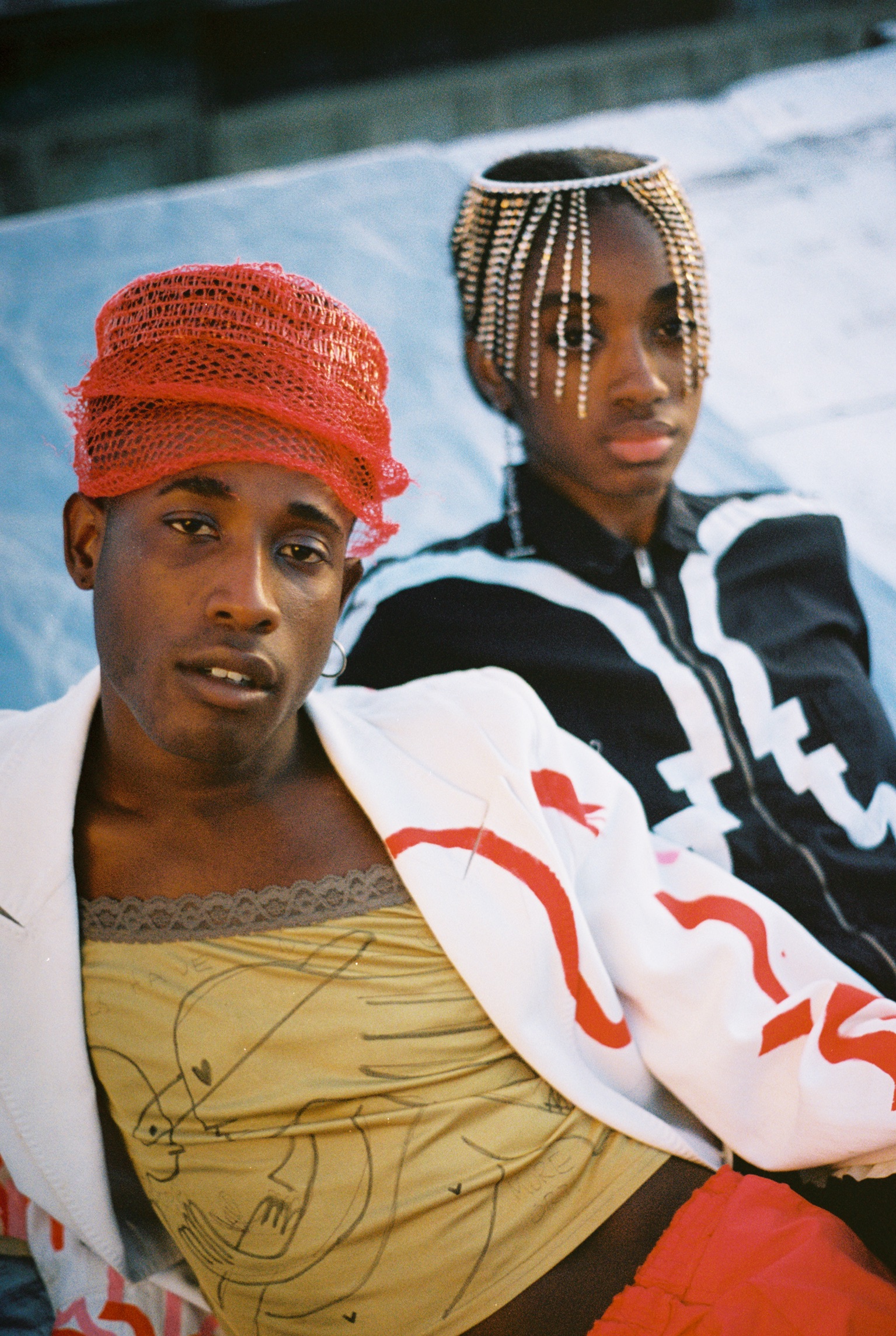 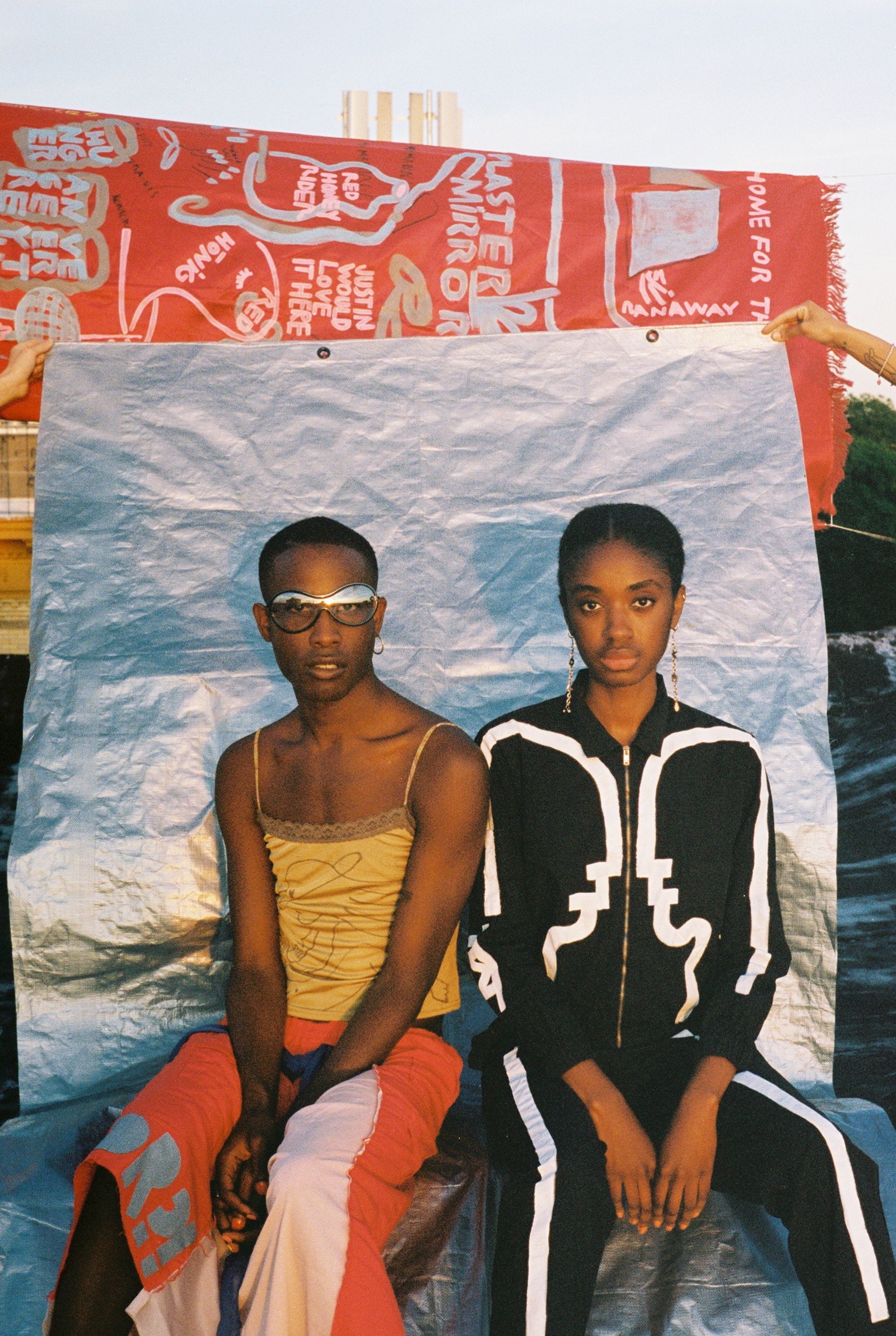 Declaration of Codependence remains true to Leggett’s pursuit of critique and change. Leggett worked with Satchel Lee, who photographed and helped art direct a shoot for the new collection. The collection and the shoot examine capitalistic American ideals as well as Leggett’s own relationship to them. In the shoot, is a red, white, and blue representation of the American flag with the words “Grade A,” “More” and “Reimagine” written on it.

“The core of my work is about solving the problems of super-consumption and gender-norms while also creating objects for people to enjoy (and consume),” Leggett told office. “It’s about reckoning with my own identity as someone who loves to consume and someone who has no doubt benefitted from ‘Americaness.’”